Pinner's Convention: Stop by Our Booth

I'm joining with five other awesome authors to sell our books at the Salt Lake City Pinner's Convention next week, November 4-5 at the Salt Palace. If you love Pintrest or any thing crafty you'll not want to miss this event. While you're there,  drop by and visit me and these other local authors:
Cindy M. Hogan, Lindzee Armstrong, Jaclyn Weist, Laura D. Bastian, and Stacy Lynn Carroll. If you can't make it, I'm listing my titles below and links where you can purchase them--just in time for Christmas.

When 15 year old Josh is thrown into a debate about the existence of God, he travels through books by means of a precarious invention to gather evidence to augment his insufficient knowledge. Experiencing first-hand the lives of historical figures like George Washington, Joan of Arc, and William Tyndale, he witnesses the Hand of God in the formation of the USA and comes to know for himself of the existence of God.

genre: YA, inspirational fiction with speculative and historical twists 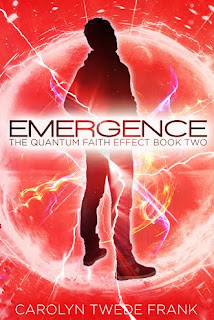 Emergence
Book 2 of the Quantum Faith Effect Series
Things are just getting more complicated for Josh Sawyer … He won the big debate with his teacher, and he’s just made it onto the high school basketball team. He thinks things are starting to smooth out in his life, but a mysterious pill bottle shows up in his locker, and something mysterious is going on in the school’s basement. When his biology teacher begins bashing Josh’s newfound faith, he wants to find out for himself if God really exists. A few trips into the Literary Loom will help him with that—and hopefully, with a few other challenges that have popped up as well.

​genre: YA, inspirational fiction with speculative and historical twists 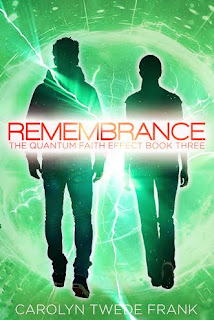 When the Hallelujah Chorus is banned from his school's Holiday Gala, Josh doesn't want to get involved and fight the injustice like he usually does. But after traveling through the life of George Fredrick Handel in the Literary Loom, Josh has second thoughts. Those second thoughts grow into a passion as Josh discovers the mystery behind the quirky new kid at Claremont High, and learns the value of remembering Christ as he travels through two more books. Everywhere he looks, Christmas seems to be about everything but Christ. He can't change the world but he can at least bring back the Hallelujah Chorus and help people remember what Christmas is all about. In the process Josh discovers some crucial answers in his search for God

​genre: YA, inspirational fiction with speculative and historical twists 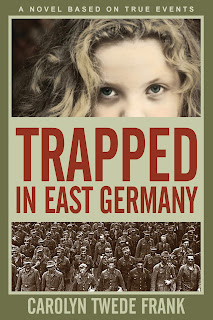 Trapped in East Germany
﻿
It is the autumn of 1943, and Karin Graeber is keenly aware of the uneasy tide of change swirling around her. She is not alone—in wartime Berlin, it seems that everyone has been swept up in the frightening transformation of their city. No more than a child, Karin is far too young to understand the Nazi presence or the drone of air-raid sirens or the absence of her beloved Pappa, a soldier in the German army. But when a bomb destroys their home, Karin is forced to grow up far too soon as her family joins the tens of thousands displaced in the raids on the city. Relying on their faith as Latter-day Saints, Karin and her family begin a journey that will prove the indomitable strength of the human spirit.What follows is the sweeping narrative of one young girl's journey through war and beyond—from her childlike observations of World War II in Germany to her changing view of the world as she grows up in a land divided by war. Now, driven by starvation and the perilous existence of refugees, Karin and her family must draw upon a deep reservoir of strength and faith to sustain them through the harrowing escape ahead . . . 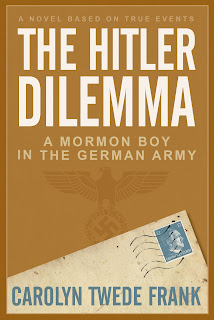 The Hitler Dilemma
companion book to
Trapped in East Germany
When Max's handicapped brother dies in a Nazi hospital that promised to "make him better," Max knew he could never follow Hitler. But, when he was forced into the Hitler Youth and later the German Army, Max must make a decision; fight for Hitler and survive, or follow his conscience and put his family in danger. Based on a true story. 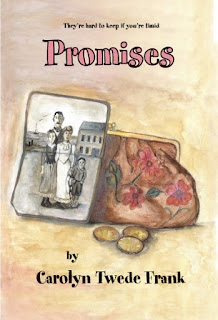 Hattie is barely twelve when her pa's "business adventures" move her family to the new town of Tropic, Utah. He pa views the town as opportunity. Hattie  views it with apprehension. More than anything, Hattie wants to be like her pa--not afraid of meeting new people, talking to strangers, and standing up for herself. So it is with trepidation that she accepts her pa's challenge and promises to make new friends
Hattie makes more promises as she struggles to make friends. She soon finds companionship in places she wouldn't have expected, learning that she might not need certain friends anymore, but they need her. 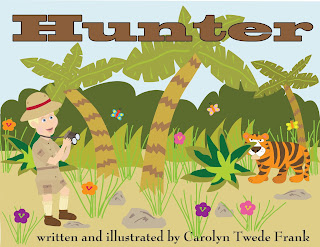 Hunter
​When Hunter loses his favorite toy car, his mother encourages him to make a game out of looking for the toy. As his name implies, he becomes a hunter and pretends he is on safari. He becomes discouraged, but doesn't give up and is rewarded with feeling good when he finds it. The book is a clever story written in rhyme that not only teaches children not to give up before a task is completed, but is a delightful tale that children can relate with. 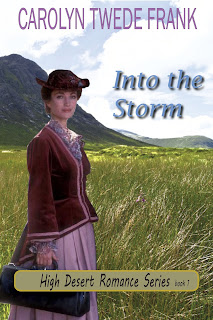 Into the Storm
1st book in the High Desert Romance Series

Kate Donahue leaves her parents and fiance behind after they forbid her to follow her dream of being a doctor. She is lured Colorado by an add in a magazine soliciting for professionals to settle in Craig in anticipation of the growth the hoards of homesteaders surly will bring. Out of her element, and with a doctor already in town, Kate struggles to survive in the small backwards town as she struggles maintain the vow she'd made when she left New York--that she'd never fall in love again.

Scheduled for release Spring of 2017