You Never Know Where You'll Come Up With a Great Idea 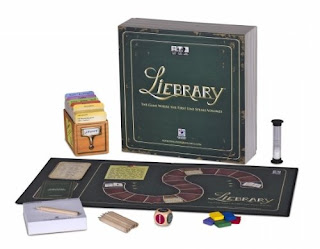 Today I attended the LUW Northern Area spring conference. It was awesome. I not only learned lots, but the conference served to change my thinking regarding my work in progress. In the past when I've started a book, I always stayed with it until I finished. Although my current novel I feel is better than the ones I have written up to this point, I think I'm going to put it on the back burner and persue a story that had its birth less than 2 weeks ago. Why? Because this new story idea has a character that is so strong she is yelling at me to write her story. She has zing and so does her story--a story that flowed into my head in one night.

At the conference, John Brown (great presenter) mentioned that we need to take advantage of the zing when it hits and write it down immediately. That's what I happened to do with this idea. Hearing him tell me about what I had already done made me realize that the whole story has zing and maybe I should follow it while it still exictes me. If I shove it away in the computer somewhere, that zing will probably fade. All this week I have been wrestling with a desire to work on this new story, telling me I needed to finish my current great WIP. But when I heard that Jennifer Nelson had totally shelved a book of hers, that she loved and thought was great, because it had a weak character, I thought if she could do that, perhaps I could shelf my WIP for a while. This idea was further encouraged by John Brown telling of how he has re-written his current WIP almost completely three times. If both of those successful authors can do that much writing that they will never use (except for experience), I can't be a cry baby and mourn the time I have put into a half manuscript that I'll put on the shelve and maybe never use.

Now, you're probably wondering what the title of this blog has to do with anything. I'll tell you. The most interesting part of this whole story is the source of my inspiration for this new book idea. Two weeks ago my awesome critique group had a party instead of reading manuscripts. We played Liebrary. If you writers out there have never played this game you should give it a try. It's kind of like Balderdash, but instead of making up definitions to words, you make up the first lines of novels. One of the bogus first lines I came up with garnered the attention of my fellow writers. I quite liked it myself. (It was probably the only decent one I wrote all night). On the way home from the party, the sentence rolled over and over in my mind. It almost begged to release the story it held. The ideas flowed and the character came to life. So I think I've got to see where this single sentence takes me. (By the way, I didn't win).

My new WIP begins as follows:
Born into bondage, Seethea took her first breath like she owned it.

Next week I might post the synopsis for Born Into Bondage (working title). I haven't decided if that would be a good idea or not.

Moral of this blog post--play games.
Posted by Carolyn Twede Frank at 7:37 PM